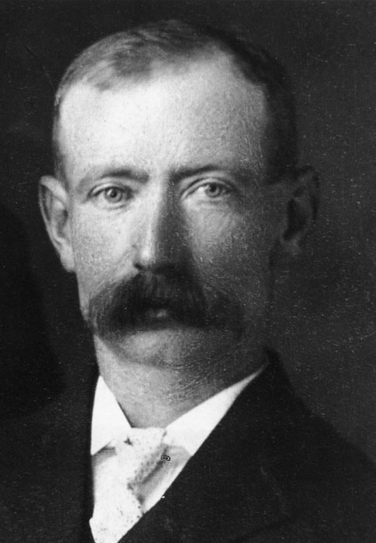 In 1888 Walter Erwin was granted $300.00 to hire an assistant to help fire up the boiler in the new Fog Alarm Building, which was erected west of the light tower the same year. Certified help cost $1200.00.  The best Erwin could do by 1889 was to hire Thomas Grafton for $600.00.  The Grafton family lived on Bowen Island and fished for salmon, cod and shark off the island and shores.  Grafton assisted Walter Erwin at the lighthouse, and at Erwin’s farm/apple orchard located east of Cypress Creek in Cypress Park.  Thomas remained as assistant keeper until 1909, when Mr. Erwin resigned.

On April 1st, 1910 Grafton was appointed senior keeper at $1020.00 per annum.  He wrote in the log book “Today I took charge of Point Atkinson lighthouse and fog alarm.”  Thereafter he made entries daily in this book, recording the weather, the arrival of supplies and passing ships and even “the total eclipse of the moon and a good view of Halley’s comet and tail” on May 23, 1910.  Grafton went on to give the longest service of any light keeper at Point Atkinson.  He kept meticulous logs written in perfect script.

By 1912 the first light tower was dismantled and the current tower was built.  A large two storey duplex was built with seven rooms each side, one for the keeper and one for an assistant.

In 1911 Mr. Grafton requested permission to visit Caulfeilds to collect mail and supplies about once a month, as long as he left somebody competent in charge.  The keeper was responsible if anything happened while he was absent.  Keeping assistants was a constant source of anxiety for light keepers.  One of the assistants Grafton hired was to help teach his three sons.  Later the sons walked to school via a trail through the east side of the forest to Caulfeilds landing and to the intersection of 4400 block Marine Drive and Keith Road, where there was a one room school.  The teacher commuted daily from West Van by P.G.E. railway.

Mr. Grafton’s sons helped with the work.  Lawrence (Larry) was really his father’s assistant up until he left school.  In the early days, the children went to school by row boat when the weather was good.  They would row into Caulfeild and walk to Cypress Park.  This was from 1921-1925.  If the weather was bad they walked a mile and half through the forest to Caulfeild and then Cypress Park.  The family enjoyed cod fishing in spring, salmon and grills in summer as well as swimming in the ocean.  Larry Grafton remembers collecting wood for the foghorn and the house; primarily all the wood came off the beach,“When we were kids, we had to pack ten loads of wood off the beach on Saturdays.  We had a boiler, wash day (was) on Monday.  There were six tubs in the back shed.  We had to fill the tubs with water of course.  One tub had a steam pipe right in it, for boiling clothes.  Monday morning was quite a do!”


Unfortunately on the morning of January 11, 1933, Thomas Grafton was thrown into the flywheel and was unable to work for the next six months.  His son Lawrence took over.  Thomas Grafton was well known for his use of explosives to catch fish.  When Caulfeilders heard muted explosions and saw the water rise, they knew Grafton would be there in a matter of minutes to scoop up the stunned fish.  Tragically in 1934, not long after his return to duties, Grafton was killed when one of his sticks of dynamite exploded in his hand.  His son Lawrence took over for the next year until 47 years of the Grafton family reign came to an end.